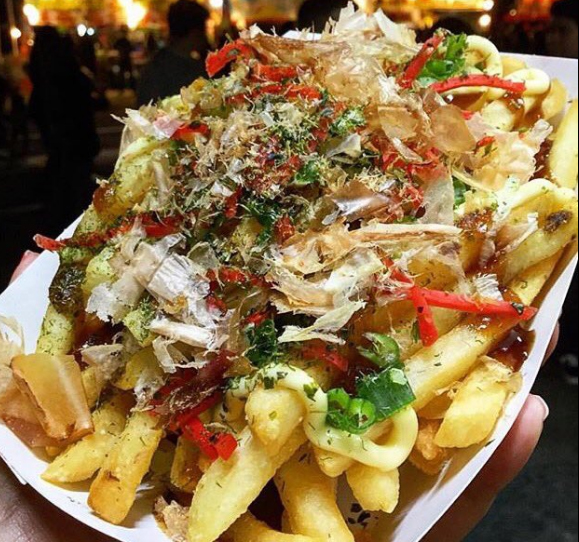 Fries might not seem very traditional Japanese cuisine. Even so, our Okonomi Fries definitely pays homage to those classic Japanese flavors. The name for Okonomi Fries is a shorter version of the Japanese dish okonomiyaki. There are a few okonomiyaki restaurants around LA. Most of them serve the Kansai or Osaka style. We based the fries on this particular style. People believe okonomiyaki descended from a dessert dish from way back in the Edo period (1683-1868) called funoyaki, a crepe-like pancake. As time went on, more sauces were added to the dish. Eventually a savory version started to appear, leading to okonomiyaki. It got especially popular after World War 2 when rice became scarce.

Okonomiyaki is essentially fried batter with toppings. The batter has flour, grated nagaimo, water, dashi, eggs, and cabbage. A common topping combination is sweet okonomiyaki sauce, mayo, seaweed flakes, green onions, pickled radish, and bonito flakes. If that list sounds familiar, that’s because it’s exactly the toppings we use on our Okonomi Fries! 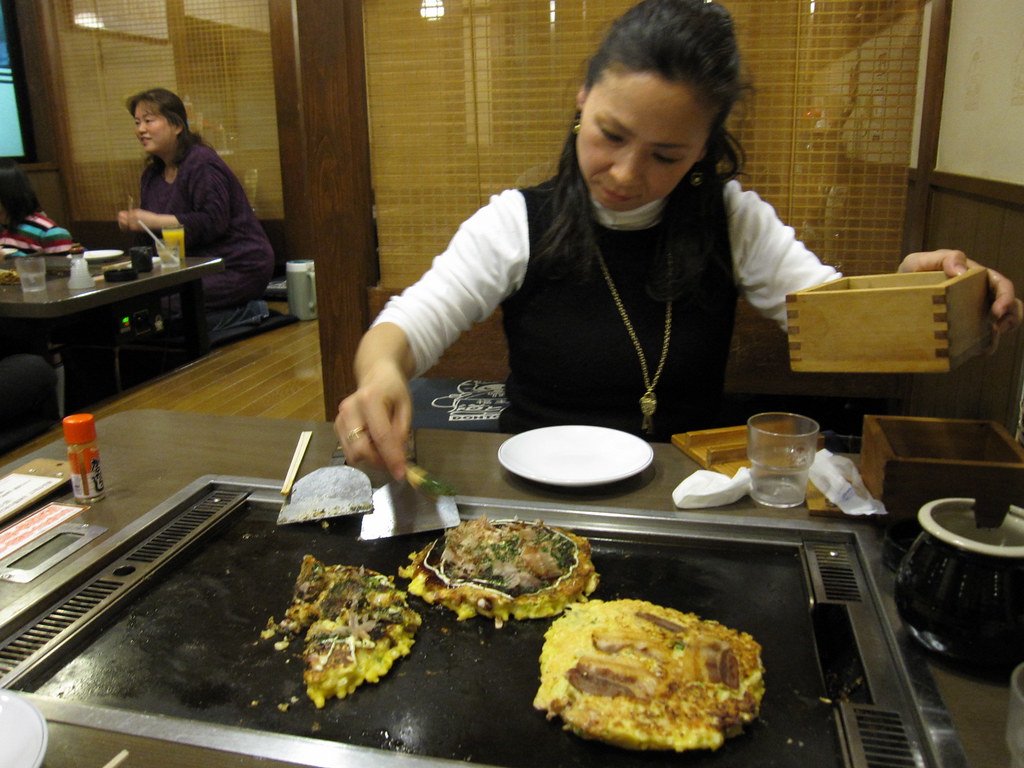 Some restaurants have customers make their own okonomiyaki

Okonomiyaki has several variations as well. You can get different toppings, like seafood and bacon or mochi and cheese. Other variations include negiyaki, where lots of scallions are piled onto the pancake. There’s also one called the modan-yaki and it comes with lots of yakisoba or udon noodles. 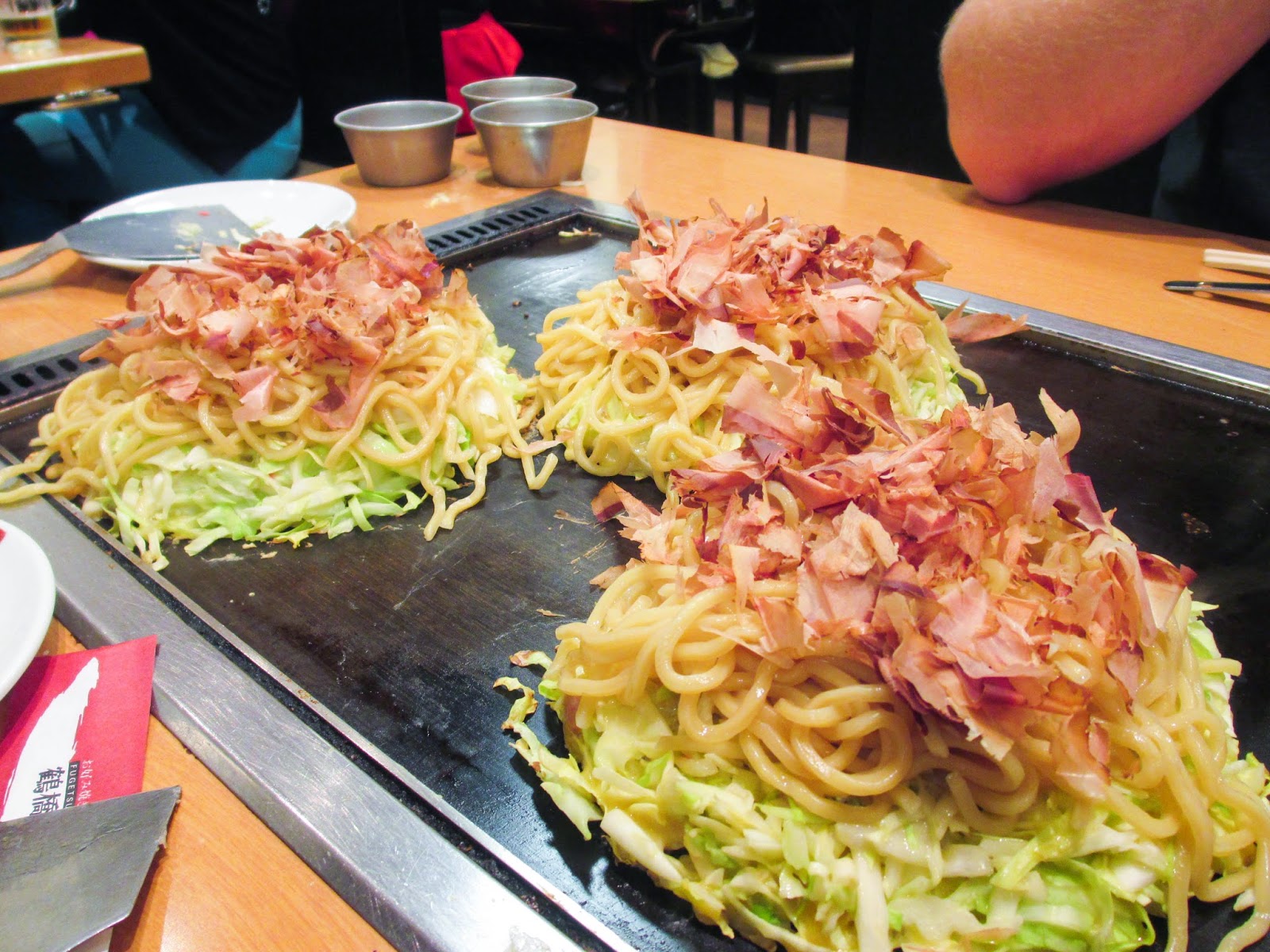 Another well known variant is from Hiroshima. It is known either as Hiroshima-yaki or Hiroshima-okonomi. What makes it distinct from the Kansai-style is that the ingredients are layered rather than mixed into the batter. The layers are typically batter, then cabbage, then pork and, more often than not, topped with noodles and a fried egg. There’s plenty of other variations of okonomiyaki, like mojayaki, that has plenty more dashi so it’s more runny and stringy, like cheese. Kaki-oko has oysters mixed into the batter and found in Hinase. Then there’s our Okonomi Fries where there’s fries instead of the batter and cabbage. If you ever make it to Japan, try all the different okonomiyakis you can! That’s what we’d do!