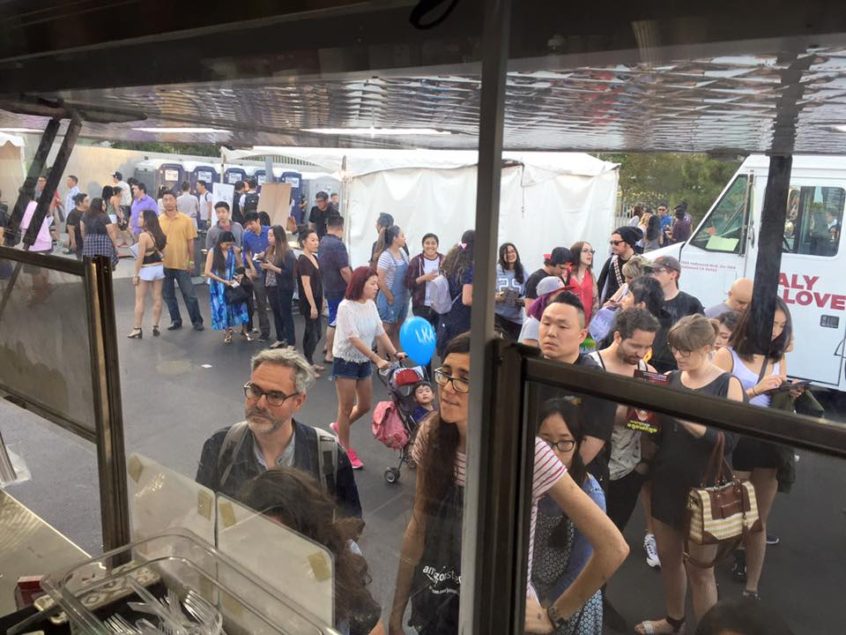 We here at Okamoto Kitchen love parties. Not that we have time to party, goodness, no, but we attend plenty of them! We try to go to as many events as possible around the LA area, though sometimes we head out as far as Las Vegas! We usually head out for weekend events and weekdays are reserved for our regular spots. If you check the front page of our website, you can where we’re going to be next and for which events.

If you would like to ask where we’ll be showing up next or would like to place a request, hit us up on Facebook or Twitter! For now we’re going to highlight some events that we’ll be participating in! So if you’re stuck on what to do this weekend while also afraid of being far from us, here’s a list you can peruse! Grubfest is self-described as, “The largest ongoing Gourmet Food Truck event in the world.” Typically over 30 trucks line Chatsworth St in Granada Hills, no tickets to come into this event, just head on over!

As the entire event is just outdoors on a sidewalk, there’s plenty of space so you don’t have to worry about bringing pets with you and enjoy the outdoors a bit! When’s the last time you’ve done that? It’s an extremely family friendly event as no alcohol is served and we love seeing entire families enjoying our food, so be sure to bring them by!

This event is every Friday but we’re currently only scheduled to be there this Sept 23rd so far! This even runs from 5pm to 10pm, so a perfect way to unwind right after a hard day of work. BAM Fest is hosted by the 18th Street Arts Center in LA and the BAM stands for Beer, Art, and Music. The “B” part is one of the main emphasis of the event, with over 40 local brewers bringing over 100 different craft beers. Notable breweries include Three Weavers, Angel City, and Smog City. Be sure to have a taste of what LA craft breweries have to offer! Of course, seeing as the event is hosted by an Arts Center, a lot of their residence artists will be exhibiting that day as well. 18th Street Arts Center focuses on contemporary art as well as promotion of cultures that are already found in LA. As a Japanese food truck, shout out to their international artists in residence Kaoru Hironaka and Chiaki Saito!

Last but not least, we’ll be there. If you find that the beer and art isn’t quite filling you up, be sure to stop by our truck! The event will be from 1PM – 5PM and we’ll be at 1639 18th Street Santa Monica! Abbot Kinney, referred to by GQ as the “coolest block in America”, is home to the Abbot Kinney Festival. The festival has been going on for 32 years at this point and admission is free!

There’s plenty of kids activities such as rides and games. There’ll be live music stages as well as a couple beer gardens and, of course, plenty of good food! There’s also about 300 vendors with various goods and stages with music specifically for kids. Rides and beer gardens require a wristband.

It’s a family-friendly, outdoor event with live music, food, and beer! Plenty of local vendors with lots of goods. There’s a lot to check out! The event is running from 10AM – 6PM in Venice, California on Abbot Kinney Blvd. Our truck will be on Rialto so be sure to stop by! It’s sure to be crowded, so get one of our drinks to go!